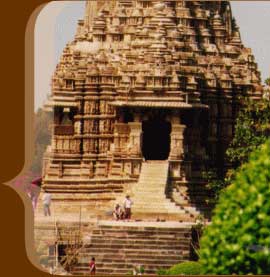 Day 1: Abroad - Delhi
Arrive late night at Delhi airport, you will be met by our representative and transferred to hotel for an overnight.

This morning you will be taken to visit Old Delhi - Former centre of Moghul Power, Old Delhi offers ancient monuments, narrow streets and bustling bazaars. Drive past the Red Fort, built in 1648 and "Chandni Chowk" or also known as Silver Street, experiencing the sights and sounds of this very busy avenue heading west from the Fort. Onwards to New Delhi - drive past the stately government buildings of the British Era designed by Lutyens, including the India Gate & the Presidential Palace.

Afternoon drive to Agra (203 kms), check into the hotel. Thereafter visit Taj Mahal -This most famous Moghul monument was constructed by Emperor Shah Jahan in memory of his wife Mumtaz Mahal who died after 17 years of marriage, during the birth of her 14th child.It has been described as the most extravagent monument ever built for love, (Taj Mahal is closed for foriegn visitors on Friday). Stay at pristine Taj Mahal for sunset, to see this true Wonder of the World in gentle late afternoon light. Overnight at hotel

Day 3: Agra - Khajuraho
Morning transfer to Airport for flight to Khajuraho (170 kms). Check in at the hotel. Rest of the day at leisure. Overnight at hotel

Day 5: Khajuraho - Delhi
Afternoon transfer to airport for flight to Delhi. Thereafter transfer to the hotel. Overnight at hotel

Day 6: Delhi
Transfer to the airport for onward Journey.